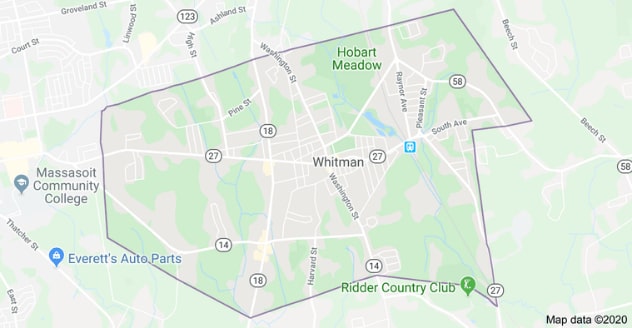 Whitman is approximately 20 miles south of Boston and has a population of less than 18,000 residents. Whitman is well known for being the home of the chocolate chip cookie, invented by Ruth Wakefield at the Toll House on Bedford Street in the late 1930’s. Dairy farming has also been a part of Whitman’s history and local economy. In the past, several families operated dairy farms in the town and sold their products to local markets. Today, a great deal of the farm land has been developed. Peaceful Meadows, well-known for their ice cream, is the only full dairy still in operation.

Roof Experts South Shore MA is proud to provide their services in the town of Whitman. If you’re looking for a roofing contractor, give us a call to discuss your roofing project.