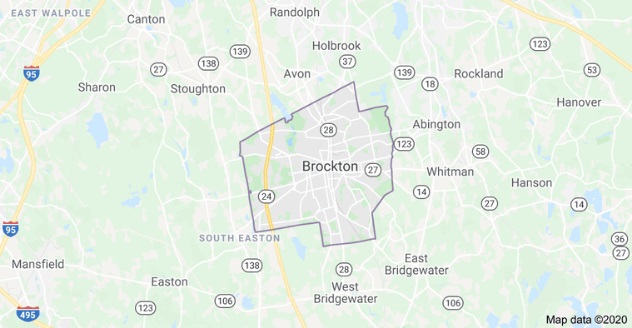 The city of Brockton is located 25 miles south of Boston and is the seventh largest city in Massachusetts. It is known as the “City of Champions” because of the success of hometown boxers Rocky Marciano and Marvin Hagler.  At one time, Brockton was known as “Shoe City”, as it was America’s largest producer of shoes. Even up until the late 20th century, Brockton had a large shoe and leather products industry.

Brockton has a population of just under 100,000 residents and, along with the town of Plymouth, it is one of the county seats of Plymouth County.

Roof Experts South Shore MA is happy to serve the residents of Brockton, the City of Champions. Call us to discuss your roof or gutter installation project.